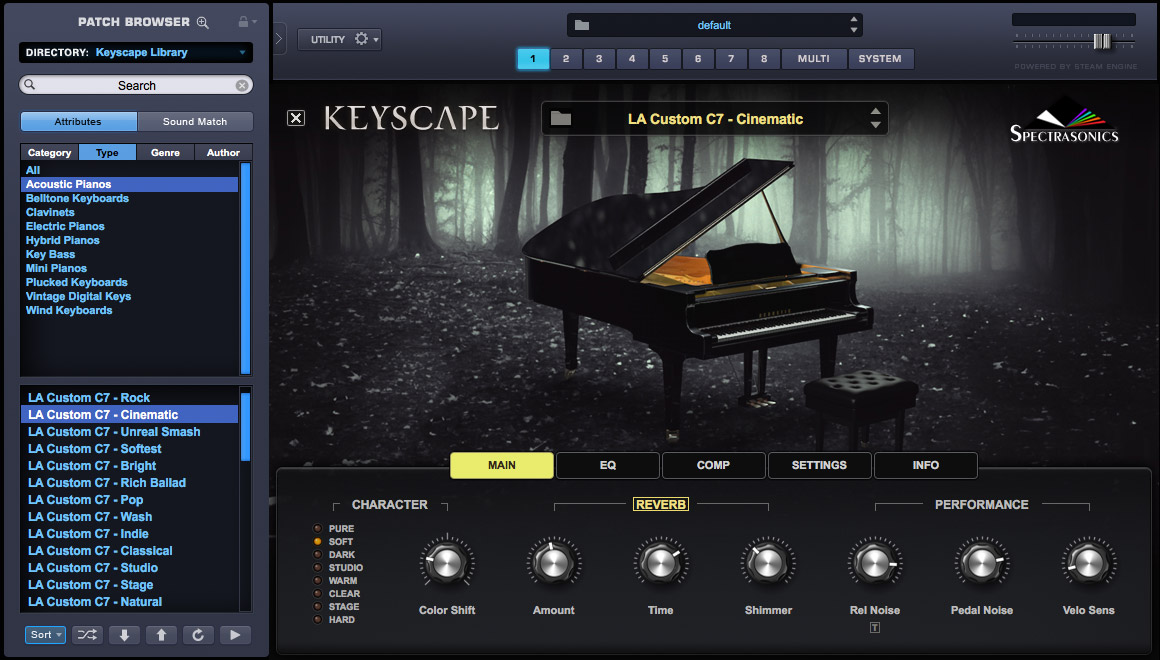 Have you ever looked through a music instrument catalog (Musician’s Friend, Sweetwater, or Guitar Center), passed the virtual instrument section and wondered how you can use them with your playing and gear setup?

Most musicians, who attend a lot of musicals and concerts, often look over to the band area to check out the latest gear that the professionals are using.

Sometimes they see a MacBook sitting next to the keyboard, guitar and drums and wonder, how are they using this in their playing? Does it crash?

It can all really sound overwhelming. But with a little time and practice you too can be a part of the group that’s using computer technology with your playing.

So where to begin?

First let’s define what a virtual instrument is. 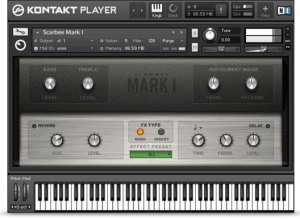 A virtual instrument (VSTi) is a type of software instrument that acts as a sound module.

So a software instrument is a way for you to play sounds on a computer.

You can run software instruments as

Nearly all virtual instruments act as “plug-ins” within a software digital audio workstation (DAW) host program, though some also offer a “standalone mode” for live performance.

One thing to remember is that they all use your computer’s CPU and other resources to create sounds.

Virtual instruments today sound as good and often times much better than the original synths and keyboards they’re supposed to emulate.

One of the greatest advantages of using virtual instruments is being able to play with them in a live setting.

Imagine the ability to take a Hammond B3, a Mellotron, an ARP 2600, a Minimoog, a Fender Rhodes electric piano, a Prophet 5, and a Yamaha DX7, not to mention a Steinway Grand to your worship services or concerts without having to have an army of people assist with unloading and setup.

What to Look for in a Virtual Instrument

When starting your research, write down the sounds and things that you think you will rely on when playing for worship services or with your band.

If you are assigned to main keys, are you looking for a virtual instrument that does one specific thing such as piano or electric piano?

If you are the musician that’s responsible for the auxiliary sounds, are you looking for virtual instruments that play digital and analog synth sounds, pads, or strings?

Do you plan to create your own original sounds, or will you rely mostly on preset sounds? What about incorporating third-party or add-on sample libraries? Answering these questions will go a long way toward figuring out what you really need.

All you need is a computer (laptop), keyboard MIDI controller, an audio/midi interface, and a set of monitors or a sound system. 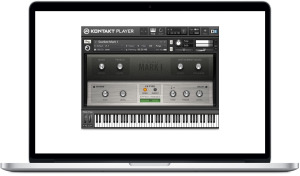 There are a few things you’ll want to keep in mind if you want to use your virtual instruments live.

First, get a “dedicated computer” for your instrument rig. It doesn’t matter if it’s a Mac or a Windows PC (provided it can run all of the instruments you want).Check the system requirements for all virtual instruments before purchase.

Simply clear off all the software apps you don’t absolutely need, install your VSTi’s, and use this machine for nothing but live performance.

Then it’s just a matter of finding the right audio interface and a keyboard MIDI controller that’s going to provide you with the feel and functions you need.

It’s important to make sure that the virtual instruments you choose will integrate into your system.

Most virtual instruments work on either Mac or Windows PCs, but factors such as CPU type and speed, memory, and hard drive space can be an issue.

Most virtual instruments also include various plug-in formats (e.g., VST, AU, AAX, etc.) for compatibility with multiple DAWs, but many don’t include them all.

No matter what, always check the system requirements before you buy a virtual instrument. 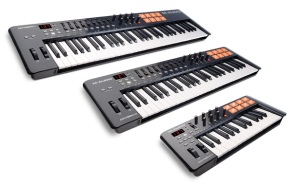 There are so many keyboards and MIDI controllers on the market today. It can all come down to just a matter of preference.

Most keyboard workstations now come with all of the most modern and current connectors on the back to assist with connecting to a computer.

All should have audio, headphone and sustain pedal jacks.

The majority of them also have MIDI In/Out/Thru ports.

You will need the audio and MIDI ports to connect to the Audio/MIDI interface.

So the Yamaha Motif, Krome, MOX, or Fantom keyboard workstation you already have should have everything you need to connect to an interface.

On the other hand, some musicians may want to purchase a dedicated keyboard MIDI controller to play their virtual instruments.

This is fine too. On a fundamental level, most dedicated keyboard MIDI controllers are similar. They all have keys, knobs or pads that can be played or tweaked to translate the movement into data that controls the virtual instrument software you are using. 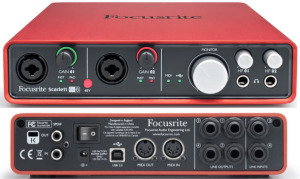 Choosing an Audio/MIDI interface can also seem overwhelming. There are so many on the market to choose from. This too can all come down to a matter of preference.

An audio interface (or “interface”) is the hardware that connects your microphones and other audio gear to your computer.

A typical audio interface converts analog signals into the digital audio information that your computer can process.

This same audio interface also performs the same process in reverse, receiving digital audio information from your computer and converting it into analog signal that you can hear through your studio monitors or headphones.

Most audio interfaces include line-level analog inputs and outputs, MIDI In/Out/Thru connectors, one or more microphone preamplifiers, and may even include digital inputs and outputs such as S/PDIF or ADAT (lightpipe).

Again it all comes down to research and your personal preference on what’s needed to get the job done.