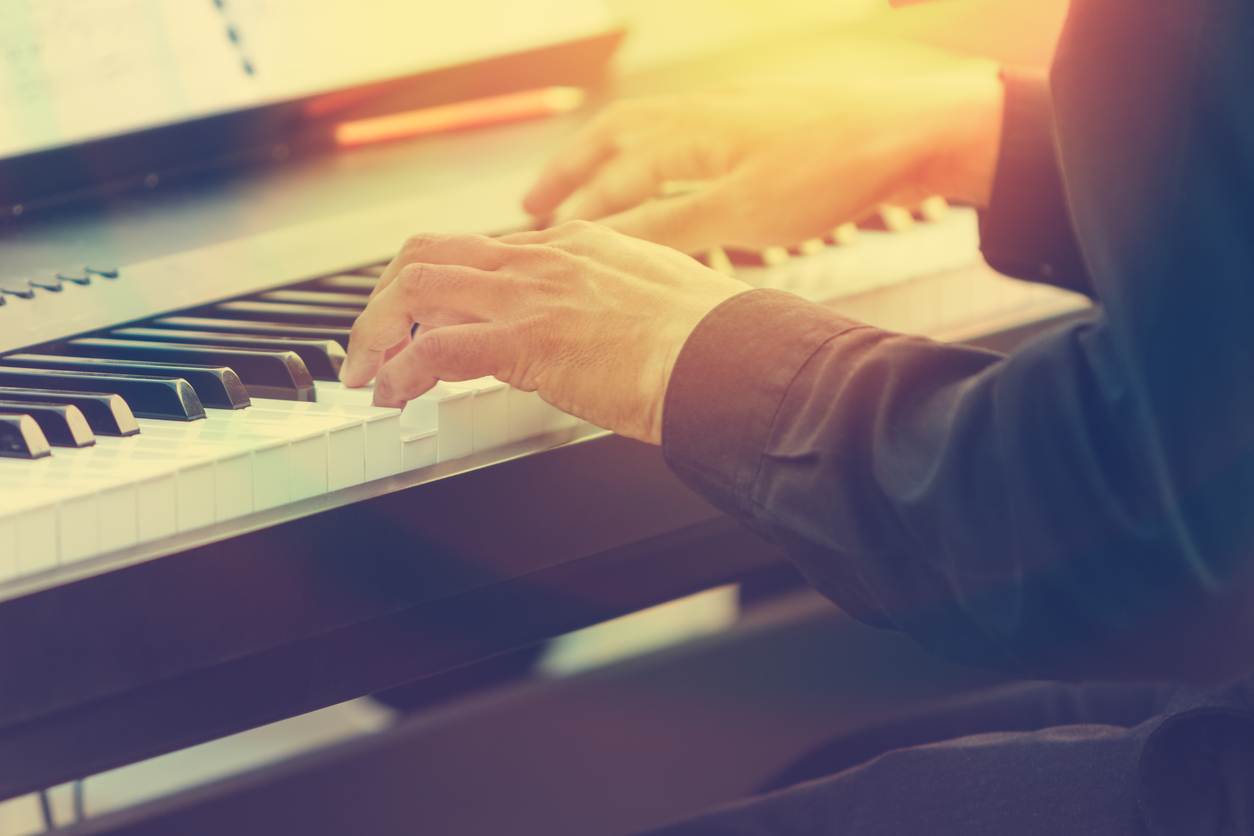 As a beginner, one of the first things we learn, is how to play chords created from the major scale. Normally, we call these block chords.

Block chords use simple chordal harmony in which the notes of each chord may be played all at once.

Over time, some musicians may want to spice up their playing. It could get a little boring playing block chords over and over. We can always use more to fill in those “dead spaces or gaps” in between chords and scales.

Here is a cool solution… “Arpeggios”.

What is an Arpeggio?

An Arpeggio is a broken chord played up or down the keyboard in a particular order. An arpeggio may also span more than one octave.

Whenever you play notes at the same time, you are playing “Block chords”.

Playing this same C major broken-chord up or down the piano results in an arpeggio.

There are three things that arpeggios will help you achieve.

Arpeggios are Melodic/Intervallic Patterns that improve your “EAR POWER”: Learning to play the piano helps your ears recognize intervals and patterns. This is one of the reasons why most vocal coaches use broken chords for ear/voice training drills. This helps to improve your ear power.

As you improve while practicing arpeggios, it will be easier to predict the next note coming out of a broken chord. This also helps with building a foundation on creating melodies.

Arpeggios help to build your “MUSCLE MEMORY” and speed. Apart from the listening aspect which deals with your EAR POWER development, Arpeggios will help you build your MUSCLE MEMORY as well as your speed while playing.

When a movement is repeated over time, a long-term muscle memory is created for that task. It’s the repetition/practice of a particular exercise.

Playing Arpeggios over time during your practice sessions increase your speed and accuracy of the notes.

The position of your hand and fingers are the same while playing either the C or F Major chord arpeggio. Let’s take a look below.

Consider the 2-5-1 chord progression in key of C below:

Instead of playing the last chord “C major” as a block chord, you can play it as an arpeggio first. You can play the notes “C-E-G” repeatedly going up to fill in the space before playing the “C major chord” normally to end the progression. This fills in the space between the G and C chord.

Let’s have you try it.

There is always more when it comes to Arpeggios because we have tons of chords to improvise with.