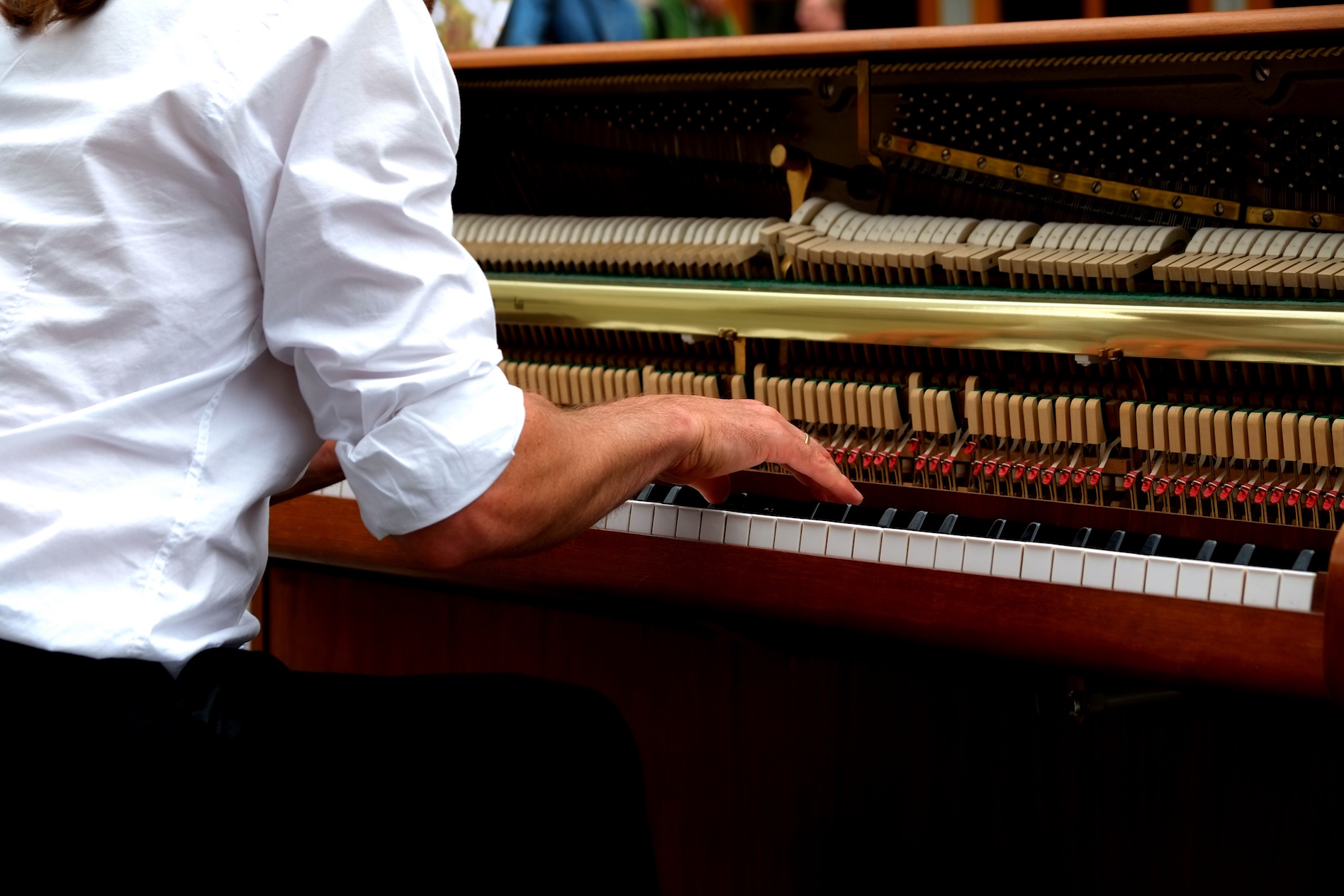 The definition of modulation is the process of transitioning from one key to another while playing a song. In this article, we will examine simple tips on modulating smoothly while playing a musical piece. However, before we proceed I would like to point out that while modulation is similar to transposition, there are significant differences between the two.  The similarity between the two is the process of “changing keys”.

Modulation says we are playing in the key of F, however at some point we want to go to the key of F# (new key).

Having cleared that, it is critically important to note that the art of modulating smoothly while playing is an essential skill that a musician should have in his/her arsenal. In this article, we will examine two methods to modulate smoothly using simple techniques.

This 5-5 (new key) technique works whenever and/or wherever you are modulating. However, it works best on half-step modulations (next immediate key) such as we did in the above example.

This technique may appear to be a bit methodical, however it is a simple and innovative way to modulate smoothly, especially to keys that are far away from the original key.

Assuming you are playing the same 1-6-4-5 progression we did in the key of C before, we could easily choose a suitable point from the chord progression and slot in the 2-5-1 of the new key. Let’s look at the key of Eb major.

Here is the concept:

The interpretation using the key of C major going to the key of Eb major will be as follows:

While using this modulation trick, there are two things to keep in mind. You want to use the suitable “MODULATION POINT” and “BEAT”.

The Modulation point will need to be derived from the ROOT of a particular chord in the previous key that fits in with the root of the first chord. This would be the “2 Chord” of the key we are modulating to.

Our previous example using the key of C major and then moving to the key of Eb major shows:

Note that the Fmin (2 chord) of the new key holds same root “F” of the original key.

Normally, there would have been the F major chord there (4 chord of key C), however we played the F minor chord instead because it is the diatonic “2 chord” of the new key of Eb major. This then gives a connecting effect, because the F major and F minor chord has just one difference, the “3rd” which is the middle note in both chords in root position.

In the example below, we have 4 chords on each line, just as we did earlier.

In summary, while using the 2 – 5 – 1 chord modulation principle, you should remember the “SUITABLE MODULATION POINT” as well as to keep “THE BEAT”. In this case, it is actually easier done than said. Please keep in mind that there are many ways to modulate smoothly, but this is a great starting point. It’s advisable to use the 5 – 5 (new key) technique most often as most modulations in songs are done in half-steps (next immediate key). The latter technique comes in handy when skipping keys more than a half-step apart.

Here is a quick drill for you:

Use the 2 – 5 – 1 chord progression of the new key of Ab major to modulate from the key of F major.

Have a great time practicing!

"In His Presence"
Kevin Davidson & The Voices
Gospel Advanced Lesson